Property investment in Manchester: why the Northern Powerhouse is topping the price growth charts

Voted the Most Liveable City in the UK (The Economist, 2019), Manchester is set to continue to be a great success and asset to the North West.

The Government’s UK House Price Index (UKHPI) summary of data to February 2021, published in April, reported that house price growth was strongest in the North West, where values had increased by 11.9% over the previous 12 months. In contrast, London, which is normally the ‘leader’ in house price growth, achieved one of the lowest year-on-year increases of 4.6%.

Manchester itself saw very strong annual growth, with property prices up by 11.4%. Flats grew by an average of around 10%, while houses - whether terraced, semi or detached - rose by 12%, according to Land Registry data as seen in the image above.

Part of the reason for Manchester’s current success is that property prices are still within reach of many across the area. The average price is just under £200,000 according to Land Registry data as seen in the image above. So if you’re looking for a flat, you’ll be able to find many for less than £171,500, or you could spend under £360,000 on a fabulous detached home in a leafy suburb. 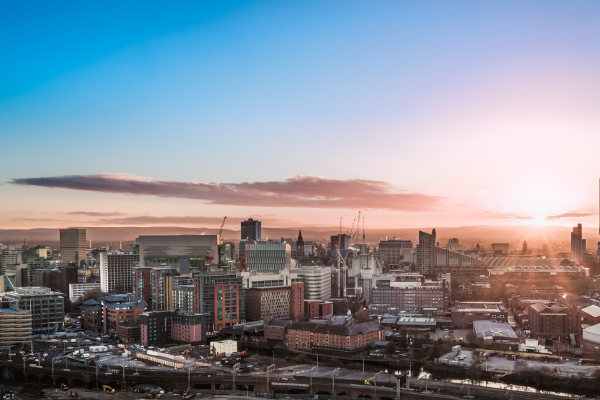 People are as keen to rent in Manchester as they are to buy. The rental sector has grown from just under 19% of properties in 2001 to over 38% of properties today. The two key drivers of this growth have been an increase in the young population and new job creation, and much of it has been focused around the city and inner city areas.

Manchester is truly a place where global businesses are keen to establish themselves, with 84% employment growth between 2005 and 2019. And the types of jobs being created are ‘future proofed’, specialising in the digital, tech and media spaces, with ITV and the BBC dominating Salford Quays. These types of business alone helped deliver around 100,000 jobs between 2011 and 2019.

The Manchester rental market now covers every sector, from incredibly high-spec ‘build to rent’ properties, that are achieving thousands per month, through to house shares for under £500 per month, delivering to landlords a healthy average rental yield of 5.37%.

With prices having grown by 15.76% over the last five years, it’s definitely a city worth investing in for those buy to let landlords looking to grow their portfolios in 2021. And even though the stamp duty holiday is coming to an end, with the zero rate still being applied for purchases up to £250,000 until the end of October, the average buyer in Manchester will continue to pay no stamp duty until then and landlords will only have the 3% higher rate to pay. 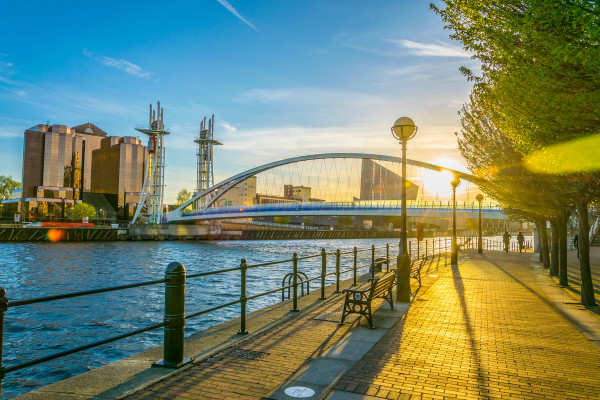 A great future for those that live, work and invest in Manchester

To date, Manchester has been one of the fastest-growing cities in the UK, with the third fastest-growing local authority. Much of the increase in the population has come from new graduates and young professionals wanting to live in, or close to the city centre, which is great news for the property market, as a young population helps drive demand for housing into the future.

Other changes to look forward to in Manchester include:

But Manchester isn’t all about work - there are plenty of places to enjoy yourself too. Whether you fancy extreme sports such as ski diving or have a love of music and the arts, there is plenty to do outside work hours. And if you want to live in the city but escape easily to the countryside, the nearby Pennines or Peak District will allow you to get away from the crowds and walk for miles. If you like to travel the world, that’s easy too with a variety of carriers at Manchester Airport offering routes to many international destinations.

So whether you are keen to buy, sell, invest or rent in this fast growing and ever evolving city, get in touch with Leaders and we can help guide you on the latest prices and rents, which areas are hot or not within Manchester, and which would best suit your budget and aspirations.

Get a free sales or lettings valuation
Wed 2nd Jun, 2021