Although the media has been widely reporting double-digit property price growth over the last few years, that’s not been the case for all property types and buyers.

According to the Halifax, in 2021 first-time buyers paid an average of £264,140 for their first home – around 3% more than in 2020. And, according to Zoopla, flat prices have risen by just 1.2% per year over the last 5 years, versus 4.2% annual growth for houses, so buying a flat could be a great way for first-time buyers to get on the ladder.

If you’re looking to find a reasonably priced first home, here’s our round-up of some of the more affordable places to buy a flat in the UK - from Derby, where you can purchase a home for an average of just £113,000, to Croydon in South London, where you’ll pay around £277,000. 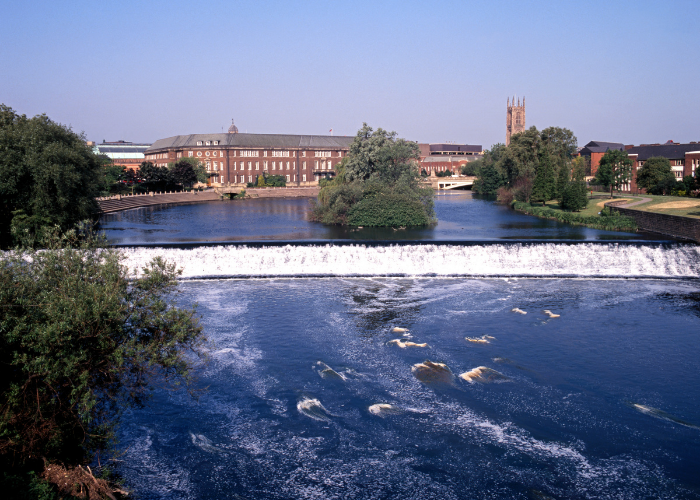 Derby is situated on the banks of the River Derwent in Derbyshire and on the edge of the Peak District National Park. Due to its compact nature, one of the best ways to get around Derby is by bike, via its network of cycle paths. The city also boasts an excellent bus service and trains to London take around 1hr 30 mins.

The centre of Derby has an excellent range of entertainment venues, leisure attractions, pubs, restaurants and parks. Employers in the city include Rolls Royce, Toyota, Eco-Bat Technologies, and Bombardier.

One of the most affordable cities in England, a two-bed flat can be found in Derby for as little as £75,000. So, if you’re looking to get on the property ladder here, speak to one of the team in our Derby branch who will be more than happy to help. 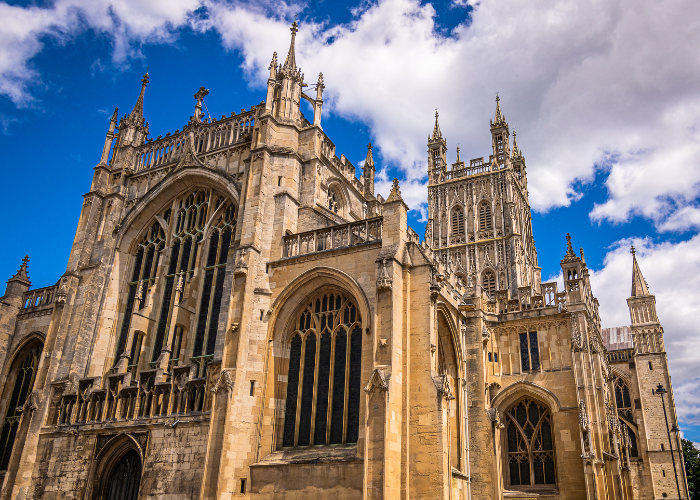 The cathedral city of Gloucester is situated on the River Severn, between the Cotswolds and the Forest of Dean. You get the best of both worlds here, being surrounded by rolling countryside and yet with easy access to the south and north of England via the M5, and London only two hours away by train.

There are numerous pubs, restaurants, and bars in Gloucester itself, then you also have the bustling spa town of Cheltenham just a few miles to the east. For snowsports enthusiasts, the Gloucester Ski and Snowboard Centre boasts the longest dry slope in England.

Major employers include EDF and CM Downton, with Spirax-Sarco Engineering and Superdry based in nearby Cheltenham.

Two-bed flats in Gloucester start at around £125,000. If this type of location and price appeal to you, we have local branches in Cheltenham, Cirencester, and Stroud. 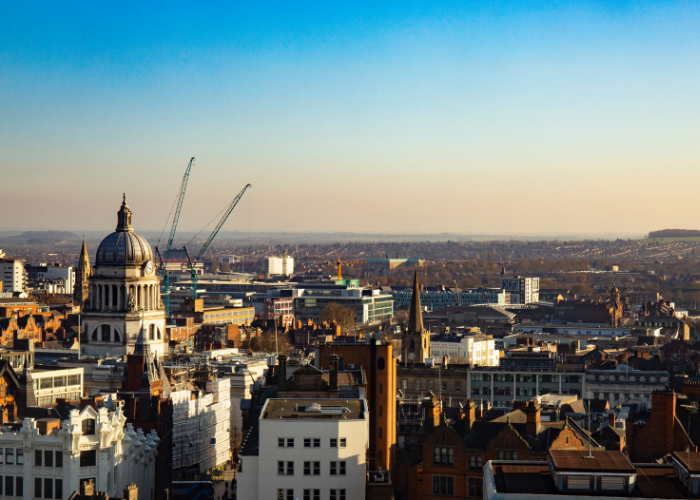 Well-known for its connection to Robin Hood, Nottingham in the East Midlands has much to offer first-time buyers.

For those who like to stay fit, there are plenty of sporting venues, including Holme Pierrepont Country Park - home of the National Water Sports Centre, the Harvey Hadden Sports Village and the National Ice Centre. And with more than 20% of the city’s surface covered by parks and outdoor spaces, other attractions include the Deer Park and Gardens at Wollaton Hall, Nottingham Arboretum, and Woodthorpe Grange Park with its Tropical House.

The city centre has a thriving nightlife, with numerous bars, restaurants and theatres. Job-wise, several top employers are located in Nottingham, including Capital One, Boots, and the NHS.

You can travel easily in and around Nottingham by bus, tram or car and there are park and ride facilities located on the outskirts of the city. For those travelling further afield, East Midlands Airport is within easy reach.

If you’re taking your first step on the property ladder, two bed flats can be bought for around £90,000. Schemes to help with affordability, such as shared ownership, are also available in Nottingham.

For more information on buying a flat in Nottingham, visit our Nottingham branch. 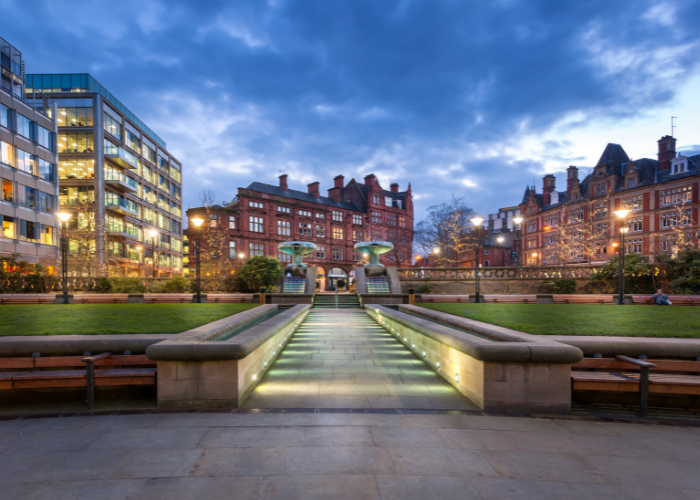 Known as the original ‘steel city’, Sheffield is the fourth-largest city in England. It was also named the UK’s greenest city in 2021 by NatWest - especially appropriate since it’s on the doorstep of the Peak District, which has more trees per person than any other city in Europe.

Sheffield has a good selection of museums, galleries and theatres and hosts numerous arts festivals. For shopping, there’s Meadowhall, which is the largest shopping centre in Yorkshire and incorporates an 11-screen Vue cinema.

Employment opportunities are varied across many sectors, including manufacturing, engineering, media, digital, and healthcare.

In terms of public transport, buses and trams serve Sheffield itself, then you can reach Manchester by train in around 1hr 10mins and London in 2hrs 15 mins. 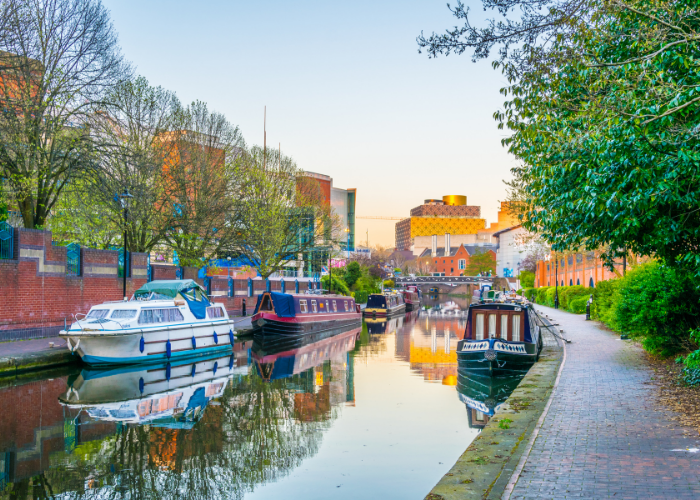 Birmingham, well known for its strong history of manufacturing, is now a multi-cultural city, with much of its network of canals today lined with cafes and bars.

The city’s Birmingham New Street Station provides good train links from the West Midlands to the rest of the UK, including direct services to London, Edinburgh, Cardiff, and Bristol.

Major employers in the city include the NHS, Birmingham City Council, Universities of Birmingham and Warwick, and British Telecom. Plus the shopping is excellent, with a wide range of retailers in the city’s showcase Bullring and Grand Central shopping centre.

Thinking of living in Birmingham? Just get in touch with our Maypole branch, or King’s Norton branch for slightly further out the city. 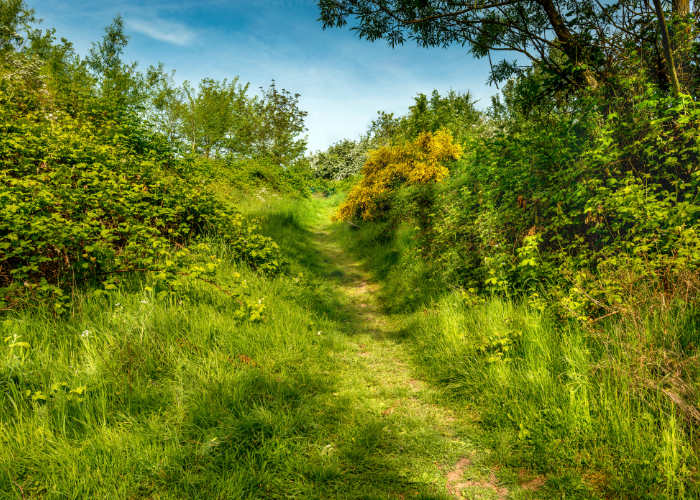 Braintree, situated north-east of Chelmsford and west of Colchester in Essex, is a great spot for commuters. It's just an hour away from London and Stansted Airport is less than 30 mins by car, yet it benefits from plenty of green areas and countryside.

For shoppers, there’s the Braintree Village outlet shopping centre, and for eating and drinking, there are plenty of pubs and restaurants in Braintree and the surrounding villages. Braintree has its own sports and leisure centre, with more extensive facilities available in the larger towns of Chelmsford and Colchester, about 30 mins away by car.

Two-bed flats start at around £150,000 and shared ownership flats are also available. 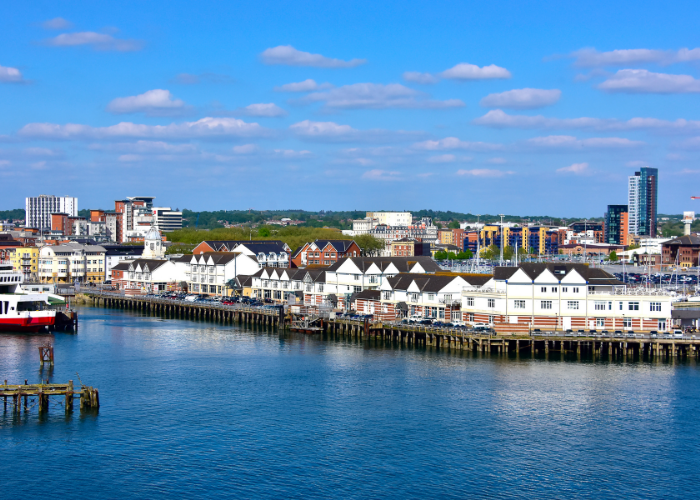 Southampton, situated on the south coast in Hampshire, is a diverse city that enjoys a mild climate and good transport links. The New Forest National Park, Isle of Wight, and coastal resorts of Bournemouth and Poole are all within easy reach by road, and the fast train to London takes just 1hr 10 mins.

With a rich maritime heritage, Southampton is still one of the most important ports in the UK and a major terminal for cruise ships. There is naturally a strong focus on water sports, sailing, and ocean racing.

Widely recognised as the cultural, retail and commercial capital of the south of England, Southampton is currently a candidate for the UK City of Culture in 2025. It’s a great place to shop, eat, socialise, enjoy sports and the arts, and it’s also one of England’s greenest cities. Southampton Common boasts over 300 acres of managed woodland in the heart of the city - perfect for walking or jogging and the venue for many community events during the year, including fairs, music gigs and charity races.

Major employers in the city include Carnival plc, John Lewis, Ikea, British American Tobacco Exports, and the University of Southampton.

Property-wise, two-bed flats can be found for around £140,000 and shared ownership schemes are available. 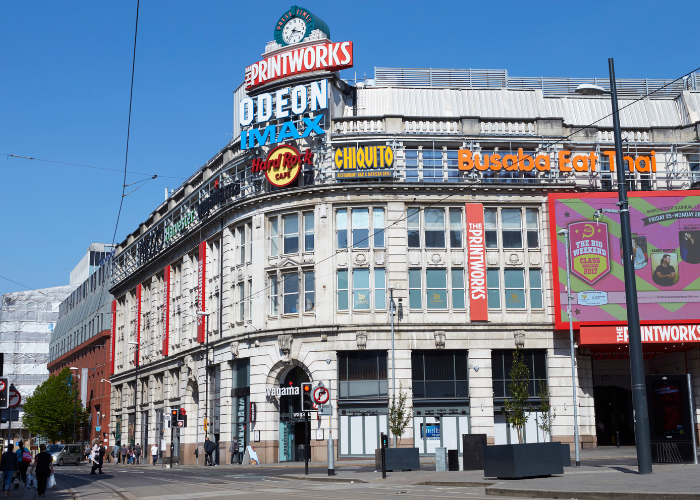 Manchester, located in the north-west of England, is a diverse and growing city, with areas such as Salford having undergone major regeneration over recent years.

A great transport infrastructure of trams, buses and trains can get you around Manchester itself and further afield, with easy access to the city’s international airport. The city has plenty of bars, restaurants and retail outlets, including the Trafford Centre, as well as numerous sporting facilities and venues.

There are good employment opportunities, with many large employers such as PwC, Microsoft, Siemens, and Amazon operating in the city. For first-time buyers forging a career in healthcare, there are several hospitals, including Manchester Royal Infirmary and Trafford General Hospital, as well as specialist eye, dental and children’s hospitals.

Flat prices in the city can vary significantly depending on location and size, however, you can find two-bed flats on the outskirts of the city for as little as £95,000. Shared ownership properties are also available.

Interested in living in or around Manchester? Find out more about the area via our Fallowfield branch. 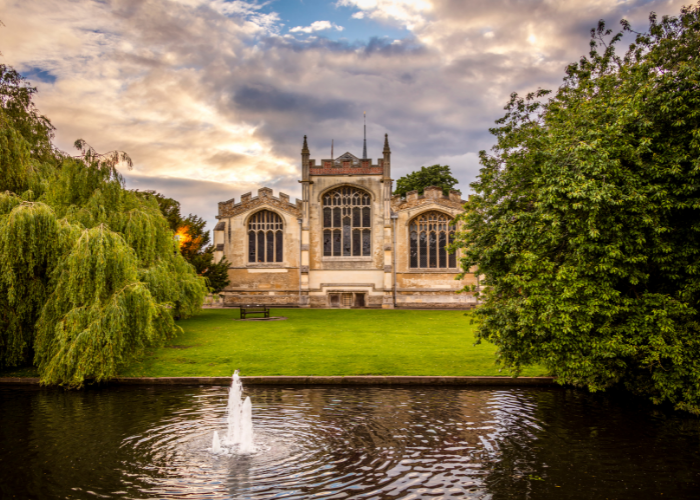 The market town of Hitchin in Hertfordshire was recently voted one of the ‘Top 10 Best Places to Live in the UK’ by The Times. It’s ideally located for commuters, being close to the A1 and M1, and with trains reaching London’s Kings Cross in around 30 mins. It also has good airport links - Luton is just 8 miles away and Stansted 35 miles.

As well as having a good range of independent shops, Hitchin is a town for foodies, with virtually every cuisine represented, regular markets, and no shortage of cafes and tea rooms. The town also has a swimming pool and sports facilities, whilst Pegsdon Hills and Hoo Bit Nature Reserve are just a few minutes away.

Considering how well-positioned Hitchin is for commuting to London, it represents good value for first-time buyers working in the capital. You can find a two bed flat here for around £220,000, with opportunities to buy via shared ownership. 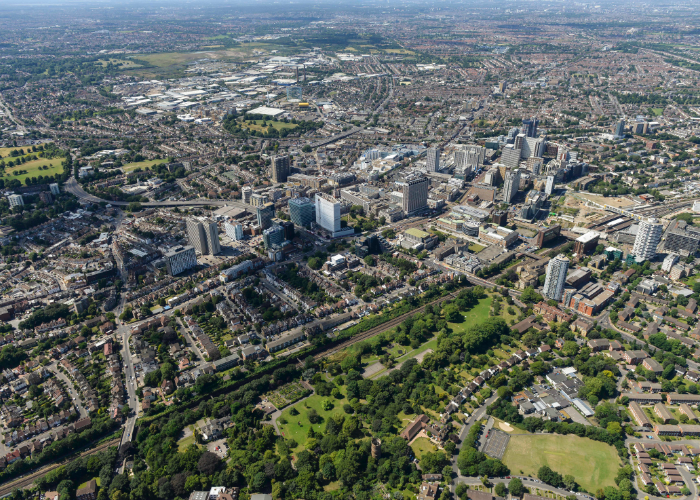 Situated in South London, just 15 mins from the city centre by train, Croydon is an ideal spot for commuters and is one of the largest commercial districts in Greater London.

Croydon is renowned for its night-time social scene, with a variety of restaurants, cocktail bars, pubs, and clubs in the town centre. It also has numerous sports and fitness clubs and residents have access to some excellent outdoor spaces, such as South Norwood Country Park and Beddington Park – both of which offer over 50 hectares of countryside, parkland, and lakes.

*Average prices based on Rightmove listings, May 2022